Last week I attended a film screening at the Projector of the environmental documentary Blue, followed by a panel discussion hosted by ZeroWasteSG. The event was great timing as I had decided to spend my summer vacation transitioning into going zero waste, taking inspiration from eco-bloggers like Jennifer Nini from Eco Warrior Princess and Lauren Singer from Trash is for Tossers.

While I already had an idea of what ‘zero waste’ entailed, watching Blue was a massive wake-up call. The documentary shares a grim report of the human effect on the oceans. It further proves that all of the issues (from our overfishing to plastic waste) are in some way interconnected. 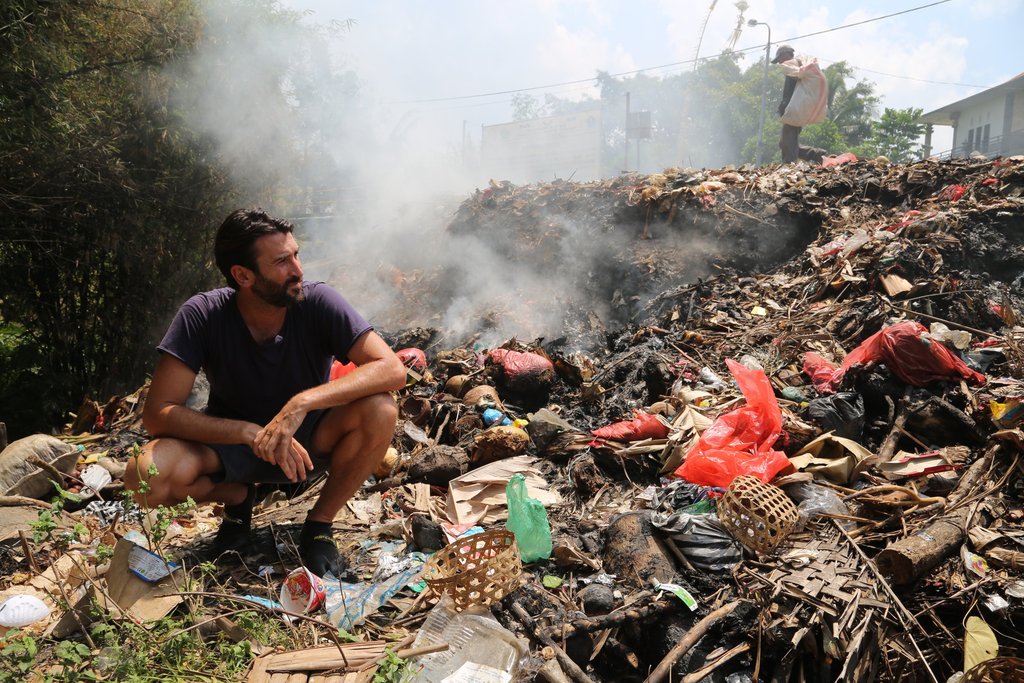 Honestly, there were so many things that shocked me. The fact that plastics and other non-biodegradable objects end up in the stomachs of fish and seabirds and deplete our natural resources are things that I knew were a problem in my subconscious, but had never internalised until seeing it on screen. Unless you have contact with nature on a regular basis — and maybe even if you do — these are things that you might not see until you look hard enough.

It hit me that so far I’ve lived content in the city of Singapore, not giving a thought to tracing where my garbage goes. But when the film showed turtles and sea lions drifting lifelessly, stuck in fishing nets disposed in the sea, conservationists having to pump out substantial amounts of plastic from the stomach of seabirds, shark fins being ruthlessly chopped off and the remains being thrown back into the sea for the food trade in Asia, I couldn’t help but avert my eyes from the screen. It was too painful to watch. 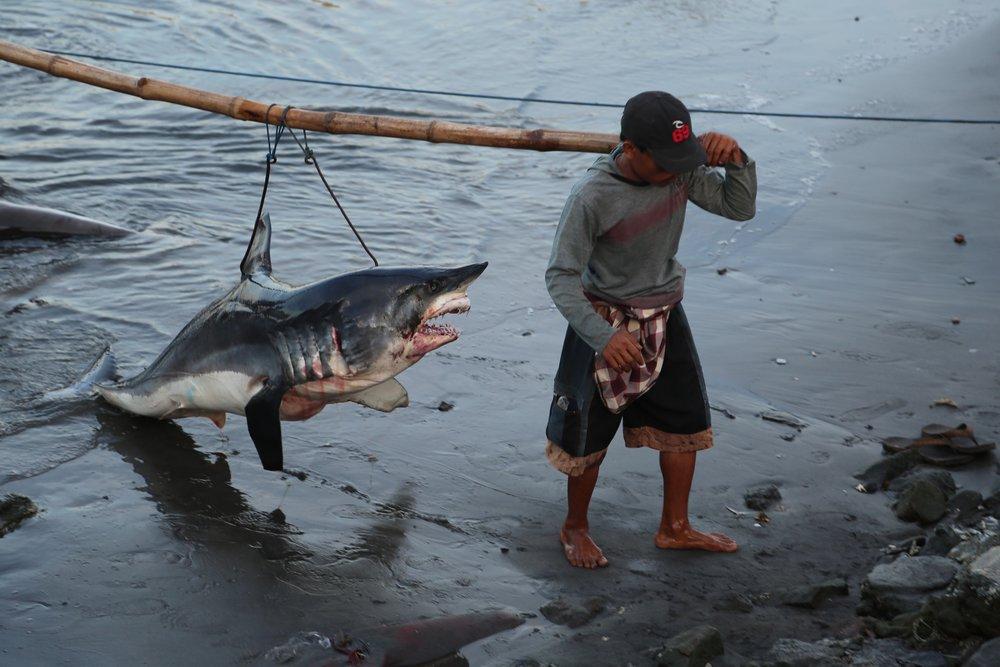 I think my biggest takeaway from the documentary is that the lives of the privileged are impacting the most vulnerable. Not just within human society but also within the animal kingdom.

One of the topics covered was the overfishing of sharks and tuna by coastal communities that face poverty. Shark fin is a delicacy in Chinese cuisine and sushi, which often uses tuna fish, is not cheap either. Due to high demand, local fishermen overfish (often illegally). This causes the depletion of marine life, which in turn has actually led to a gradual decline in their business. However, the problem doesn’t just lie in these local fishermen but also us, the consumers that they are supplying — because where there is demand, there is supply.

These fishermen in developing countries are fishing for US, a market demographic that can likely afford to live a more sustainable lifestyle and even intervene in the vicious cycle of poverty causing these fishermen to fish unsustainably. 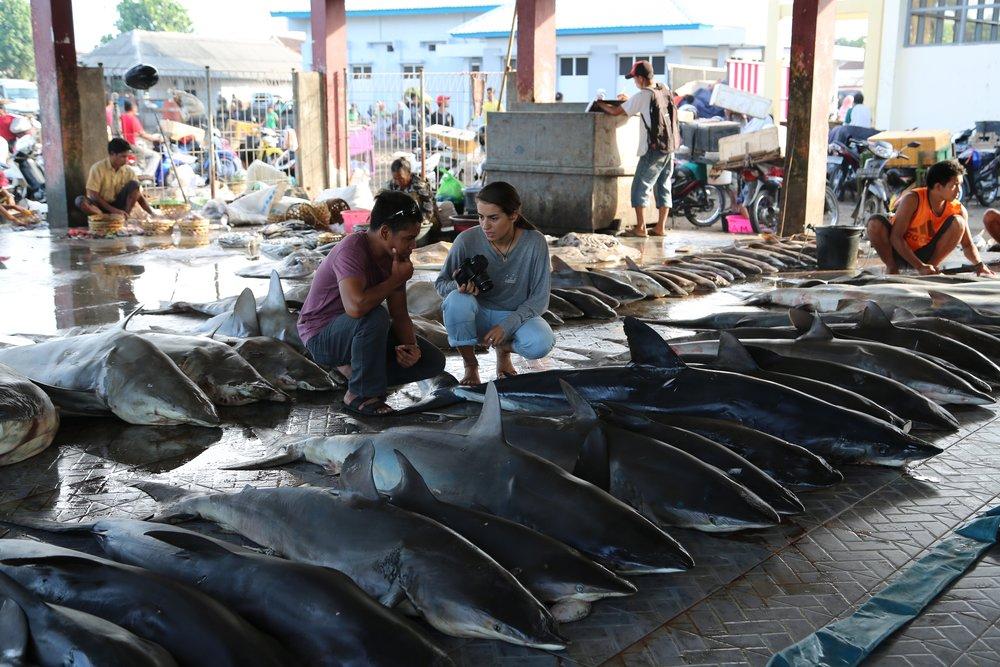 “I think my biggest takeaway from the documentary is that the lives of the privileged are impacting the most vulnerable. Not just within human society but also within the animal kingdom.”

It is heart-wrenching to see some of the most vulnerable species unknowingly consume human waste. Seabirds consume much of our single-use plastic, mistaking it as food, so many are dying of malnutrition and ulcers. Predators like sharks are perceived as the apex of the animal kingdom but in reality, they are one of the most vulnerable species among marine life, taking a very long time to grow and reproduce. We are overpowering and annihilating the very nature that we depend upon. 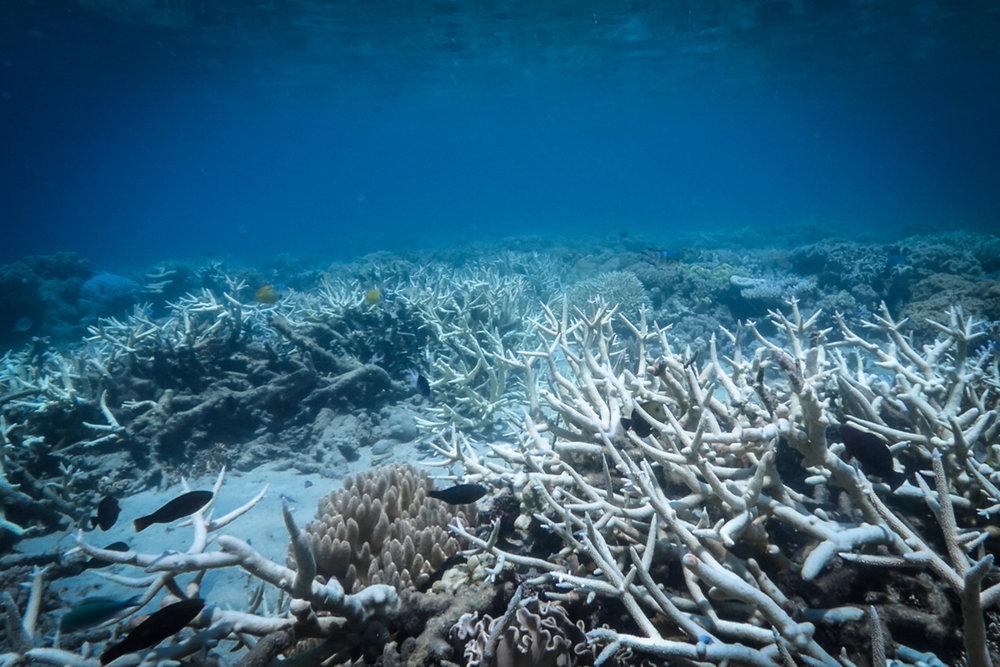 After the film screening, there was a panel discussion. The panelists were Louis Ng, a local MP, Samantha Thian, founder of Seastainable, and Pek Hai Lin, manager of Zero Waste Singapore. The panelists, as well as the audience, mentioned many important issues about environment conservation in Singapore like:

One important question raised during the talk was on finding common ground between food safety and using reusable containers. In the case of food poisoning, there would need to be an investigation of both the hygiene of the containers and the stalls. However, the current Singaporean law does not cater to such possibilities and could hold the vendors accountable. Mr Ng even claimed the Singaporean government is preparing to change these legal constraints. Watch this space!

Mr Ng also pointed out that since most of us in Singapore live in high-rise buildings and HDB’s and throw our garbage in the garbage chute, it would be impossible to stop using plastic bags entirely. He stated that it would cause more trouble for the cleaners if people stopped using plastic bags for their garbage. It was a very valid point. Currently, there are almost no alternative options for plastic bags for garbage disposal. Unless we reduce the total amount of garbage produced – something we should all strive for.

Plastic packaging in our supermarkets

Furthermore, Hai Lin mentioned that vegetables and fruits are usually imported in Singapore. This means they are inevitably packaged in plastic to increase shelf life by almost a week. While plastic is toxic to the environment, food waste is also another major issue in the world. The panel discussion also marks the prelude to ZeroWasteSG’s BYOB (Bring Your Own Bag) Campaign with NEA, which launches in July to encourage Singaporeans to bring their own bag when shopping.

Watching Blue and the panel discussion taught me sustainability issues are a lot more nuanced than I could have imagined. Some solutions that other countries have implemented just can’t apply to Singapore. Would the farmers market system in European countries apply to Singapore? Can we compost in hot and humid Singapore? I felt like I left the venue with more questions than answers.

But I guess this is only because I began questioning what I do — what we all do. Things I had overlooked before like freebies at college events and disposables in delivered food have started bothering me. I was tempted to get coffee this morning but I realised I would have to use a disposable cup!

It’s safe to say this documentary was a real eye-opener. Although Blue is currently not available for viewing in Singapore yet, as soon as it’s out – go and see it! In the meantime, you can check out these equally impactful environmental documentaries on Netflix: A Plastic Ocean, Chasing Coral and Our Planet.

What exactly do we know about sustainable fashion?